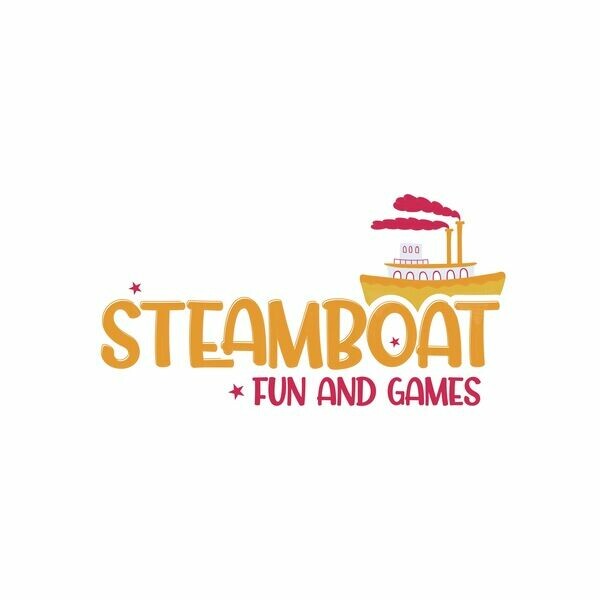 Specializing in things to make your days brighter! 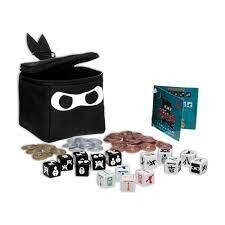 In this push-your-luck dice game, it’s not just the results that matter, but where they land on the table.

So don a ninja mask, as you compete to see who is the mightiest ninja of them all. Pick locks, sneak past guards, and steal from opponents!

The game takes place over three rounds. During a round, each player will try to beat all the challenges in a house. The number of dice that make up the house increases as the rounds progress.

When you are the active player, the house dice are rolled to create the house you will be trying to defeat. The challenges can be guards, residents, and locks. All the non-active players take one threat die each. The active player takes the five skill dice and rolls them at the same time the other players roll the threat dice.

Threat dice are resolved first. One possible result is the arrow, which shows a line across the front edge of the die. The player who rolled the arrow may steal one treasure from any player whose die (skill or threat die) is partially or completely in front of this line on the table. If a non-active player rolls an arrow catch, they are protected from having any treasure stolen during this phase. Finally, if a player rolls an hourglass on a threat die, it is set aside and will not be rerolled until there is a new active player.

The active player next resolves her skill dice rolls. In order to defeat a house you must match your skill dice to the challenges in the house. The skill dice can roll fight, sneak, pick, fortune, or wild. You may use a sneak or fight die to defeat a guard or a resident (but if there are multiple versions of the same type of challenge in the house, you must use the same skill to defeat each version of it), and a pick to defeat a lock. A wild may act as any of those three skills.

Finally, a fortune symbol has a line, similar to the line drawn on the arrow result of the threat dice. Fortune can be attached to any skill die that lands partially or completely in front of this line, in which case that die counts as four copies of that skill die.

The active player may choose to run away after rolling her dice, or may choose to roll again as many dice as she wishes, setting aside the dice results she wants to save. When you choose to reroll you may set the saved dice in any part of the playing area, (location may come in handy when resolving fortune or arrow results). Each time you reroll, however, more threat dice will be rolled as well, and if there are ever four hourglasses on the table, your turn ends immediately and you get no points. Otherwise you earn one point for each challenge you defeated, extra points if you defeat all the challenges, and one additional point if you did not use a fight symbol.

The player with the most points at the end of the game is the mightiest ninja and wins.

Save this product for later
Display prices in: USD

We are located in between 'The Core' and 'Steamboat Gifts'. Look for the ferris wheel in the window. We will see you soon!